You must have current stable beta version 9936 or higher of Nuclear Throne Together made by YellowAfterlife on Nuclear Throne Discord server. Download link can be found at #co-op_buddies channel!

Sprites & Cover Image by blaac. Many thanks friendo!

A Terran Marine unit has ended up in a world of Nuclear Throne when a rogue Protoss army's Mothership casted a Vortex spell when his team landed a Nuclear Strike on that said vortex!

Equipped with C-14 Gauss Rifle, he seeks out the Nuclear Throne in hopes of finding his way back to his home world, but is finding his war torn world really worth for him?

Use this combat enhancing drug to improve RoF and move speed for 5 seconds, but uses 2 HP. Ability can be stacked with Stress and Extra Feet.

Terran Armor Lvl 3: Increases Terran Armor defense. Any enemy projectile damage value that is 5 or lower hit Marine, he will take one less damage. On top of this, Marine now has 50% chance to ignore damage from the bullets.

Ultra Stimpack: Powers up Stimpack further without any additional cost of health. Think of it as Y.V.'s Back 2 Bizniz Ultra.

Press B to cycle Marine's "Pissed" quotes from StarCraft 2.

btw what does the stimpack active ability do 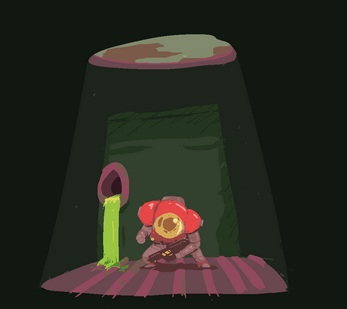 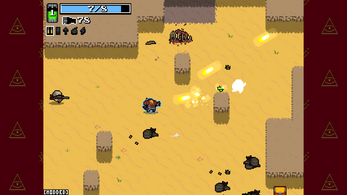 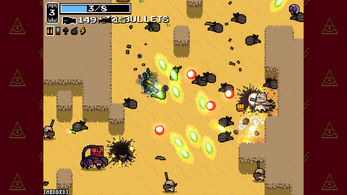 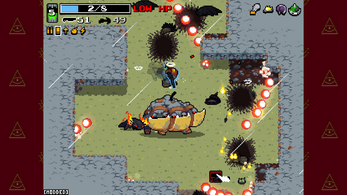 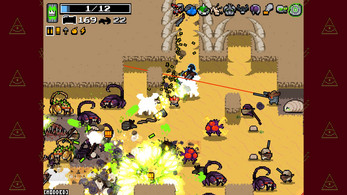